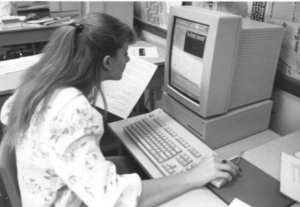 Deana Nall became a word nerd at an early age. As a fourth-grader, Deana wrote a get-well card to President Ronald Reagan while he was recuperating from the 1981 assassination attempt. When Reagan responded with a thank-you note, a surprised and moved Deana began to realize the power of words and how writing can make really cool things happen.

By high school, Deana was ghost-writing yearbook copy for uninspired friends. In college, when she found herself asking for extra assignments in a newswriting class just for fun, Deana decided to pursue a career in writing.

Since graduating with a B.A. in journalism-mass communication in 1994, Deana has written news articles, in-depth feature stories, opinion columns, book reviews and more for a number of publications, including SUCCESS, Success from Home and Your Business at Home magazines, At Home in Arkansas, Arkansas Life, ACU Today (the award-winning alumni magazine of Abilene Christian University in Abilene, TX) and the Baytown (TX) Sun, for which she wrote weekly humor columns that were recognized by the Texas Associated Press Managing Editors in 2002.

Deana completed her M.A. in professional and technical writing at the University of Arkansas at Little Rock in May 2013, and she teaches writing at UALR and Pulaski Technical College. She lives in the Little Rock area with her dashing husband and two radiant daughters.